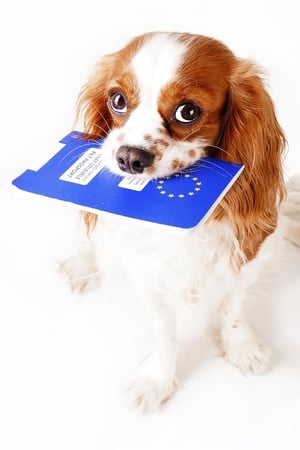 The UK's formal exit from the European Union (EU) is, at time of publication, currently without a deal to dictate how Government rules and regulations, including pet travel, will operate after Brexit.
The current rules for travel between EU member states are shared under the EU PET Travel Scheme which enables pets to move between countries without quarantine. Under the scheme, all pets are required to have an EU pet passport issued by an official veterinarian which records a microchip and rabies vaccination. If starting from scratch, preparing the pet for travel takes 21 days.
As it currently stands, if the UK exits the EU without an agreed deal on 29th March 2019, the rules for the movement of pets between the UK and EU countries will change. Recent guidance from the UK Government Department for Food and Rural Affars (DEFRA), which oversees the rules for animal transport, states that the UK would be considered a 'non-listed' country by the EU - the same status as many other countries in the world. While this does not stop pet shipments, it does significantly lengthen the time frame for preparing a pet before travel.

The guidance from DEFRA advises that if planning to take your pet from the UK to the EU after 29th March 2019, you should start the preparing your pet at least four months in advance of travel.

The UK Government is in talks with the EU to have the UK considered a 'listed third country' after Brexit. This would mean the same rules as under the EU PET Travel Scheme would continue to apply, despite the UK not being an EU member.

However, if the UK drops to 'non-listed' status then any pets leaving the UK for an EU country will be required to follow more steps before travel and over a longer period of time. This will include a microchip, a rabies vaccination (followed by a 30 day wait), a rabies blood test and then finally a three month wait. Three months after the blood test date has passed, pets may enter the EU. Therefore the shortest possible time frame for preparing a pet for travel will become four months as opposed to the current 21 days, in the event of a no-deal Brexit if you are starting from scratch.

If you are considering a move from the UK to the EU after 29th March, Global Pet Relocation advises owners to take a cautious approach and to discuss preparations for a 'worst-case scenario' of four months. We think it's best to speak to your vet about starting preparations as soon as possible, and begin by obtaining an EU pet passport. Although pets won't be able to travel solely with an EU pet passport, it will still be valid as a supporting travel document. In addition, get a rabies blood test completed at least 30 days after the rabies vaccination and have it recorded by your vet in the pet passport.

While the UK government has yet to come to a consensus on what deal, if any, they will agree to, Global Pet Relocation will keep you up to date with any relevant developments surrounding UK/EU pet travel as they arise. For more information or to discuss how we can assist you in moving your pet after Brexit, please contact us. 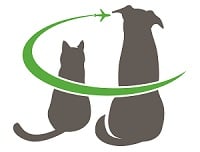